In addition to compelling instant tickets, innovative draw-based games, and engaging mobile and interactive games, IGT will develop turnkey second-chance promotions and exciting comprehensive experiences for lottery customers and their players. ABG is a global brand development, marketing, and entertainment company and owner of the Elvis Presley brand. 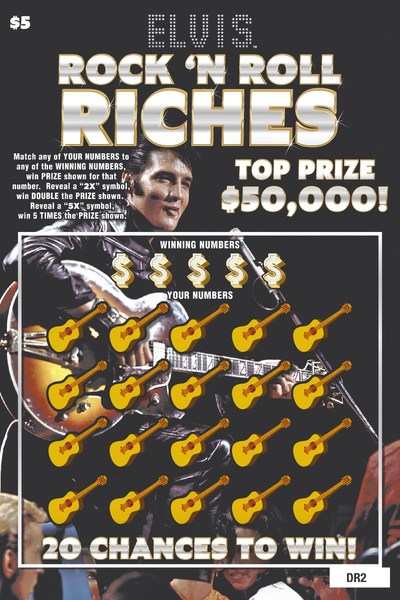 “Elvis Presley is one of the most influential pop culture icons of the 20th century, and IGT is excited offer Elvis games to our customers and their players,” said Jay Gendron, IGT Chief Operating Officer, Lottery. “We are committed to bringing a robust, multi-channel and multi-jurisdictional program to the lottery community by extending this brand across all available platforms and territories.”

“We’re very pleased to be partnering with IGT to create fun games for Elvis fans and lottery players alike,” said Marc Rosen, Group President, Entertainment, Authentic Brands Group. “Elvis has a special way of continuing to delight fans and we’re excited to see how people react to this engaging and interactive format.”

Elvis’ legacy is stronger than ever in the 65 years since his global debut. With more than 15 million fans across social media and growing, the “King of Rock ‘N’ Roll” continues to inspire today’s most influential musicians, designers, entertainers, and social influencers and captivate audiences around the world.

About IGT
IGT (NYSE:IGT) is the global leader in gaming. We deliver entertaining and responsible gaming experiences for players across all channels and regulated segments, from Gaming Machines and Lotteries to Sports Betting and Digital. Leveraging a wealth of compelling content, substantial investment in innovation, player insights, operational expertise, and leading-edge technology, our solutions deliver unrivaled gaming experiences that engage players and drive growth. We have a well-established local presence and relationships with governments and regulators in more than 100 countries around the world, and create value by adhering to the highest standards of service, integrity, and responsibility. IGT has approximately 11,000 employees. For more information, please visit www.igt.com.

About Elvis Presley
Elvis Presley is one of the most influential pop culture figures of the 20th century. Often referred to as the “King of Rock ‘n’ Roll,” Elvis’ commanding voice and charismatic stage presence unleashed a musical and cultural revolution that changed the world. Over the course of his extraordinary career, Elvis was nominated for 14 Grammy Awards (3 wins), sold over 1 billion records worldwide, received the Grammy Lifetime Achievement Award, and was named “One of the Ten Outstanding Young Men of the Nation” by the United States Jaycees, as well as the 2018 recipient of the Presidential Medal of Freedom. In addition to his musical accolades, Elvis starred in 33 films and made numerous television appearances.

More than 60 years after his global debut, Elvis’ legacy is stronger than ever. His life and music have inspired countless hit musicals, movies and TV series’, fiction and non-fiction books, musical covers, and commercial endorsements, as well as a robust merchandise program spanning collectibles and fashion collaborations. An enduring symbol of “The King of Rock ‘n’ Roll’s” stardom, Graceland, Elvis’ Memphis home, is the second most-visited home in the United States after the White House, drawing over 600,000 visitors annually and tens of thousands of fans for its Elvis Week celebration. With more than 15 million fans across social media and a growing multimedia presence, the “King of Rock ‘n’ Roll” continues to inspire today’s most influential musicians, designers, entertainers, and social influencers and captivate audiences around the world.

MGM Looking At Ways To Get Control Of BetMGM

HOW TO MAKE ANY VENDING MACHINE PAY YOU! (GET FREE MONEY)

It’s More than a Gaming License, CardsChat Talks to GGPoker

Liverpool: ‘Others are writing us off, but we can be champions again’

We Found A NEW Wicked Winnings Slot Machine In Vegas!!!

This comes after Mercedes signed a delayed option to begin car development for the new Gen3 rules - which will be introduced for...