Vietnam’s large-scale casino resorts are not likely to be sustainable unless locals are allowed to gamble in them, several industry commentators have told GGRAsia.

The number of  such international-standard projects either launched, under construction or announced in the country – each typically with a multibillion U.S. dollar price tag attached to it – has been growing in recent years.

But recent developments, including not only the Covid-19 pandemic, but also China’s legal code amendments outlawing so-called “cross-border” gambling activities, is creating challenges to any casino business model in Asia Pacific that focuses on attracting foreign players, especially Chinese ones, commentators told GGRAsia.

“Covid[-19] has put the brakes on these developments and with China clamping down on overseas gambling by its citizens, this will no doubt impact the feasibility,” unless fresh foreign consumer groups are targeted, said Govinda Singh, executive director and head of hotels and leisure Asia, at Colliers International, a real estate consultancy and investment advisor, in comments to  GGRAsia. 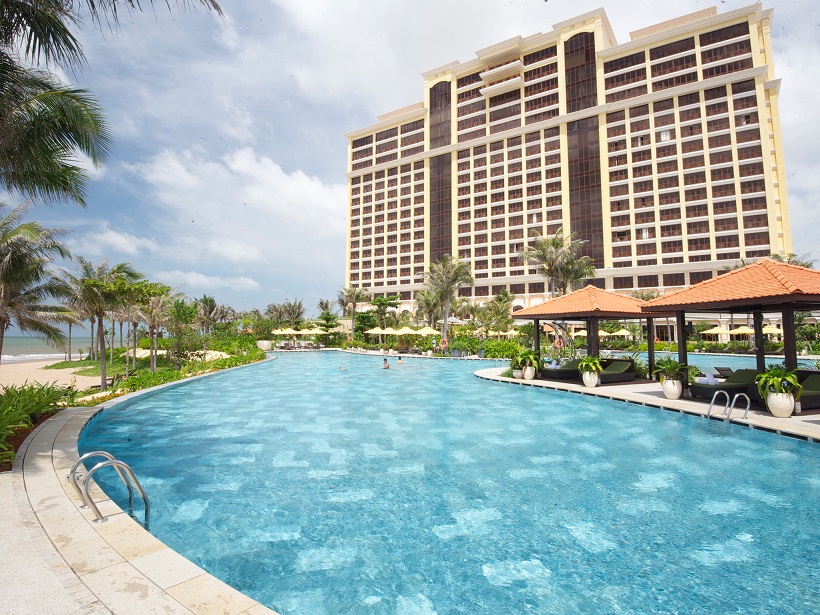 Only two casino projects in Vietnam are currently allowed to cater for economically-qualified locals under a pilot scheme run by the national government. One is Corona. The other is the yet-to-open Van Don scheme, in Quang Ninh province, being promoted by Vietnamese firm Sun Group.

A recent proposed newcomer is in Khanh Hoa province, which has reportedly asked the national leadership to permit a  US$2.24-billion casino resort for Hon Tre island. The scheme is said to be partly backed by local hospitality firm Vinpearl Co, part of prominent Vietnam conglomerate Vingroup Co.

“Vinpearl’s Hon Tre is too new to even be labelled a starter yet,” remarked IGamiX Management & Consulting Ltd’s managing partner Ben Lee to GGRAsia. He noted that Vingroup was also engaged in the Corona Resort and Casino venture.

The fact that the latter “is still struggling” commercially “may be a high hurdle” for Vingroup “to overcome,” Mr Lee added.

Earlier this week, Vingroup announced it was officially launching in April its Phu Quoc United Center on Phu Quoc island. The large-scale entertainment and leisure complex covers more than 1,000 hectares (2,471 acres) and includes a number of attractions, some already in operation. Among the latter is the Corona casino.

Covid-19 – and China’s attitude, including how it will proceed with a “blacklist” for cross-border gambling tourism destinations that it announced last year – were nonetheless potential headwinds for the Vietnam industry, noted Mr McCamley, managing partner at consultancy Euro Pacific Asia.

“China no doubt would prefer” its outbound tourists “to play closer to home, whilst limiting cash outflows from its citizens,” observed Colliers International’s Mr Singh.

“Issues like what was witnessed in Sihanoukville and the Golden Triangle area… have no doubt hardened resolve” in China regarding cross-border gambling, Mr Singh told GGRAsia.

He was referring first to reports of a rapid growth, during 2018, of online-gaming service providers in Sihanoukville, a city in Vietnam’s neighbour Cambodia, with products reportedly aimed at Chinese consumers. In August 2019, the Cambodian government said it would not issue any further online licences.

Mr Singh’s second reference was to an area where the borders of Thailand, Laos and Myanmar meet, and which is notorious for lawlessness, including casinos unlicensed by any recognised national authority.

The Colliers International executive said a risk to the Vietnam market was “the increasing amount of scrutiny that is being placed on junkets,” which a “lot of Southeast Asian casinos still depend on”.

“Vietnam, unlike most other countries in Southeast Asia, is opaque to Chinese police agents. As a result, it could become a safe haven for the VIP players once cross-border travel becomes normal again,” Mr Lee told GGRAsia.

The three industry commentators agreed local patrons were key to big-resort sustainability. A number of foreigner-only casinos in Vietnam have reportedly lobbied the authorities there recently for the right to admit local gamblers.

Without locals, existing integrated resorts might “end up cannibalising each other, even potentially turning some projects into white elephants as a result,” remarked Colliers International’s Mr Singh.

Singapore – which hosts the casino duopoly of Marina Bay Sands and Resorts World Sentosa – had managed a “perfect” balance between concern about locals using its casinos and the interests of the private-sector investors, Mr Lee remarked to GGRAsia.

His firm wrote a white paper on the pros and cons of the gaming industry from the perspective of the Vietnamese government.

Supporting transport and other infrastructure would be important to the Vietnam resort industry, said Colliers International’s Mr Singh.

“The government has certainly taken note of this and has engaged through private-public partnerships to develop roads and airports to accommodate” the consumers sought for such schemes, Mr Singh remarked.

At Van Don, Sun Group has “already launched the first privately-built and -operated international airport in the region, together with a new highway linking… to Ha Long city. They will also build a new express highway to the border with China, a mere 60 kilometres (37 miles) away,” IGamiX’s Mr Lee said.

“In short, they are creating their own destination. I don’t think there is any development in the region that comes close to what they are doing,” he added.

Bally’s Evansville Back Tuesday After Outage Led to Monday Closure

What are the popular gambling sites in India?

Microgaming to Unleash Some Exciting Characters During October

Get 25 extra spins every day, at the new SpinYoo casino.

Football Bet of the Day: Fylkir to flourish in Iceland

I USED THIS BETTING METHOD To BANKRUPT The CASINO In 10 Minutes On 1...

How to Bet on Golf | Online Sports Betting 101